This article can be treated as a refresher of basics related to units and dimensions. It is an obvious need that one should work with consistent units in order to get meaningful results. This is true in any problem associated with the physical world and structural analysis is no exception. Over most of the world metric system is in use. The United States, however, is still sticking to the British system of units. It is necessary that engineers are conversant with both the metric and the British system of units. 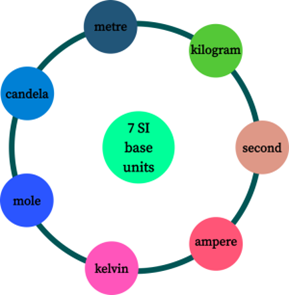 1.       In any structural analysis we deal with four basic entities. They are LENGTH, FORCE (or MASS), TIME and TEMPERATURE. All other material properties are derived from these basic ones.

2.       In British (or imperial) system INCH is the unit used for length. In SI (abbreviation of Système international) system meter (m) is the standard unit. Due to the design office and shop floor preference, millimetre (mm) has also become an accepted unit of length.

5.       Temperature is either degree F or degree C or the corresponding absolute values.

6.       In structural analysis, we use a number of other entities or properties like Young’s modulus, coefficient of thermal expansion, acceleration, pressure. They are all derived ones.

7.       It is absolutely essential that values assigned to the various quantities used in analysis are consistent with one another.

8.       Traditionally, the British or imperial system is gravitational one. Force (or weight) is the basic unit. On the surface of earth one cubic foot of water weighs about 62.4 Lbs and this is the reference data.

12.   Absolute or SI units define mass as the basic entity. Kilogram is the standard unit for mass.

13.   By definition, one kilogram is the amount of matter contained in 1000 cubic centimetre (one litre) of water.

14.   In SI units “newton” is the derived unit for force. One newton (abbreviation: N) is the force generated by one kilogram of mass accelerated at one meter per square second.

15.   Thus the force exerted by one litre of water on the surface of earth is about 9.8 N. This is the Kilogram we us in our daily life in the context one’s body weight, weights of groceries, vegetables etc. A person weighing “75 Kg” actually exerts a force of about 735 newtons in the vertically downward direction on the structure supporting him.

16.   Of all the material properties we use, one that is absolutely essential in any structural analysis task is the modulus of elasticity or Young’s modulus. Its units are force per unit area. In British system the unit is pounds per square inch (PSI) and in SI units the unit is newtons per square millimetre or megapascals (MPa).

17.   You may notice that the units used for Young’s modulus dictates the units to be used for all other entities. For example moments and torque are specified as pound-inch or newton-mm. Accelerations are to be expressed as inch per square second or millimetres per square second. Stresses have the same dimensions as the modulus of elasticity.

18.   Here is an important point while working with newtons and millimetres. By definition, one newton is the force exerted by one kilogram of mass accelerated at 1 meter per second. As the length (and hence acceleration) is expressed in millimetres mass density needs to be specified in KKg per cubic millimetre.

20.   Using the same logic, it follows that the appropriate unit for discrete masses is KKg.